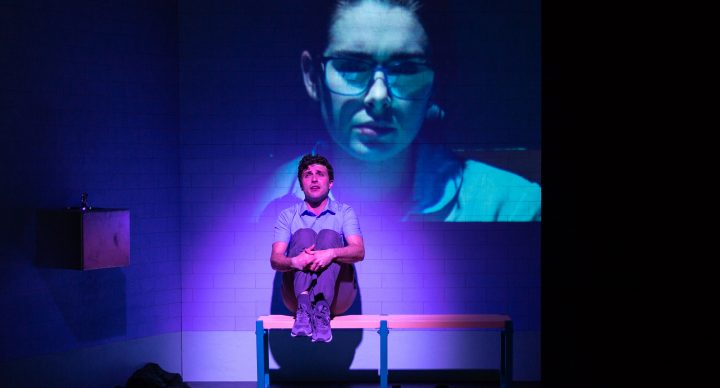 AMPHIBIAN – An epic story of displacement, loss and adopting to different worlds.

Chloe and Hassan are under suspicion for stealing money while feeding the class Axolotl. Sent outside to work out who’s responsible, the unlikely pair find they have something in common.

Each of them has been forced by their parents to leave their respective homes and face life as the new kid at school. As their personal histories are revealed, Chloe hears the incredible first-hand account of an Afghan boy who’s travelled alone, thousands of kilometres across land and sea, for a better life. Is the discovery of Hassan’s back story enough to save him from Chloe’s desire to protect her position in her new-found friendship group?

Directed by Sasha Zahra and written by Duncan Graham, Amphibian was created with the guidance of cultural consultants Muzafar Ali and Elyas Alavi. Muzafar’s real life experiences inspired the Windmill Theatre Company team to create the digital platform Across Land and Sea , which tells Muzafar’s story of fleeing from Afghanistan. Across land and Sea is linked to the Australian Curriculum through the comprehensive study guide for Amphibian which is available to all schools attending the show.