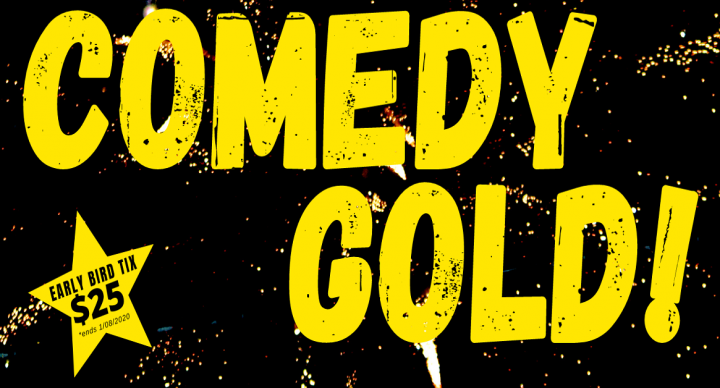 
Comedy Gold is back for its ninth consecutive year and is jam packed with some of Australia’s funniest and most recognizable comedians.

This years line up includes one of the hottest comedians in Australia, Amos Gill who hosted the popular breakfast show Amos, Cat & Angus Breakfast radio for one of Australia’s biggest broadcasters. After this he headed off to the USA where he carved out a name out for himself supporting Jim Jeffries in Sold Out shows in Madison Square Garden.

Also Joining the party is the popular Katie Burch, she is a one of a kind comedian who leaves you wanting just a little more each time she entertains. She delivers realistic, domestic anecdotes that deliver every time.

The feature act is Georgie Carroll, she is known for her bluntness, charm and wit that gives her an all round appeal. She has 5 solo festival shows that are multi award nominated and have sold out nationally. She has also appeared on many popular Australian television series, such as The Project, Have You Been Paying Attention?, Hughsey We Have a Problem, Celebrity Name Game and many more.