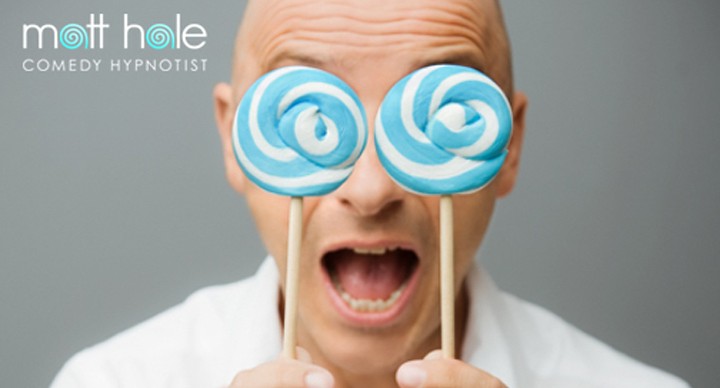 See it to believe it!

After wowing and amazing packed 2015 crowds, and filming a new TV show, Comedy Hypnotist Matt Hale is back to dish up another tasty serve of his modern brand of fun, friendly hypno laughs in this special show full of new routines.

As always, it’s volunteers-only on stage, so you get to decide whether to join him for the full experience, or be amazed and laugh yourself silly from the audience.

Turning the traditional hypnosis show on it’s head, Matt has zero interest in embarrassing anyone, and truly wants the volunteers to have as much fun as the audience whilst amazing themselves with what their imagination is capable of.

No two shows are ever the same!

Winner of 3 national comedy awards, Matt has hypnotised people all over the world from London to Vegas (where even Mike Tyson told him “You are AMAZING!”).  He’s appeared in media as diverse as the UK’s tabloids, BBC, ABC, Today Tonight and has been included in the National Film and Sound Archive and Ripley’s Believe It Or Not.  He has also released his own range of hypnosis products.

“You are AMAZING” – Mike Tyson, Vegas