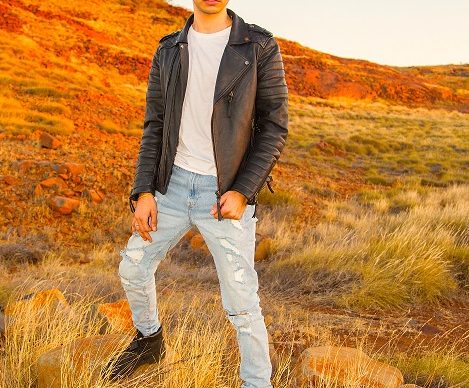 Hot on the heels of his return from the Ukraine, Isaiah Australia’s top ten ranked 2017 Eurovision Song Contest finalist will be touring Australia with his 4 piece band in his new 2 hour concert spectacular.

Hailing from the small country town of Moama in Southern NSW, 17 year old Isaiah first stepped into the spotlight last year when he was crowned winner of The X Factor Australia 2016 after performing Beyoncé’s ‘Halo’, Avicii’s ‘Wake Me Up’ with Jessica Mauboy and his winner’s single ‘It’s Gotta Be You’.

His winner’s single peaked at number 26 on the Australian Singles Chart. The song also charted in Denmark, Netherlands, New Zealand and Sweden.  Isaiah’s story is one of determination and passion for music, honing his craft with six hour round trips from his regional town to singing lessons every week, aspiring to become a professional artist. Isaiah is already experiencing global success, with his first hit ‘It’s Gotta Be You’ going Platinum in Sweden, and charting in over 15 countries including Australia, Denmark, Norway, Sweden, Canada, and the US. In December 2016, Isaiah released his debut studio album ‘Isaiah’. The album peaked at number 12 on the Australian Album Chart.

A true inspiration to not only indigenous youth but all young people Isaiah’s two hour concert (plus interval) with a rocking live band will feature all his hit songs, originals and his Eurovision entry