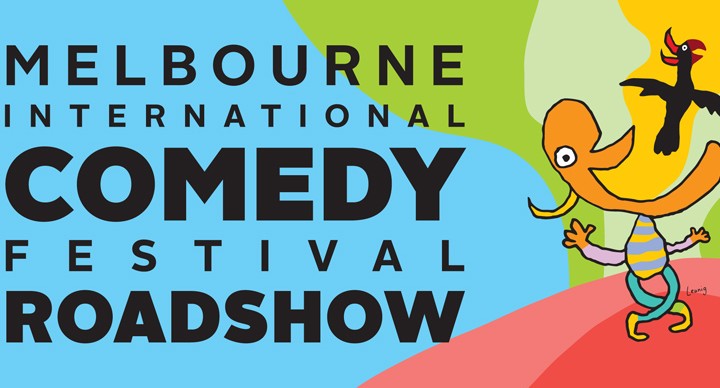 Our travelling band of intrepid funny-makers is taking over Australia, one town at a time, with the Melbourne International Comedy Festival Roadshow!

Join a rotating cast of the finest local and international comedy talents for an evening of comedy like no other, hand-picked to bring the biggest and best belly laughs to audiences from Mildura to Mackay, Devonport to Dubbo.

For nearly twenty years the Melbourne International Comedy Festival Roadshow has home delivered the best of the Festival to towns and cities across Australia.  For three months of touring comedy madness, the Roadshow crew travels to over 80 regional destinations, bringing laughs to all corners of the great brown land!

And the party doesn’t stop there, the Roadshow then takes to the sky for the Asian leg, showcasing the best in Aussie comedy to audiences in Hong Kong, Singapore, Kuala Lumpur and Penang.