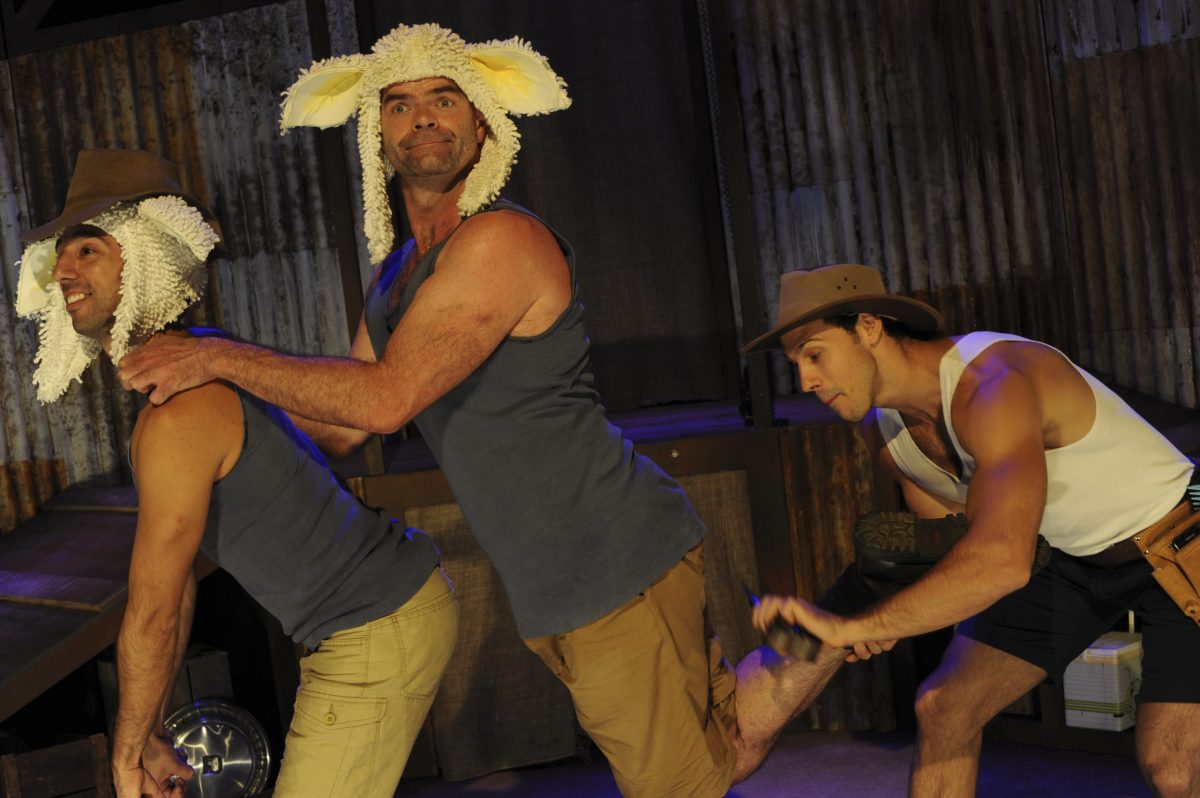 The Cummins Theatre presents A Monkey Baa Theatre Company production
Pete the Sheep
Adapted for the stage by Eva Di Cesare, Sandra Eldridge & Tim McGarry
Based on the book by Jackie French and Bruce Whatley

Adapted by Monkey Baa in 2014 from the picture book by Jackie French and Bruce Whatley, with foot-tapping music and lyrics by Phil Scott and comedic direction by Jonathan Biggins, Pete the Sheep is a lively and mischievous award-winning musical for young audiences and their adults.

Shaun isn’t like the other Shearers in Shaggy Gully… he’d rather be styling than shearing and instead of ‘sheep-dog’, he has a ‘sheep-sheep’ named Pete. After being rejected by the shearers and their dogs, Shaun and Pete set up their own Shearing Salon in town and before long word is out and they are inundated with woolly clients and maybe a Ringer or two!
This hilarious show, imaginatively told by four performers playing shearers, dogs and sheep explores the challenges and rewards of being an individual and will be a lasting tribute to honouring your own spirit and strength, whilst working with the flock.