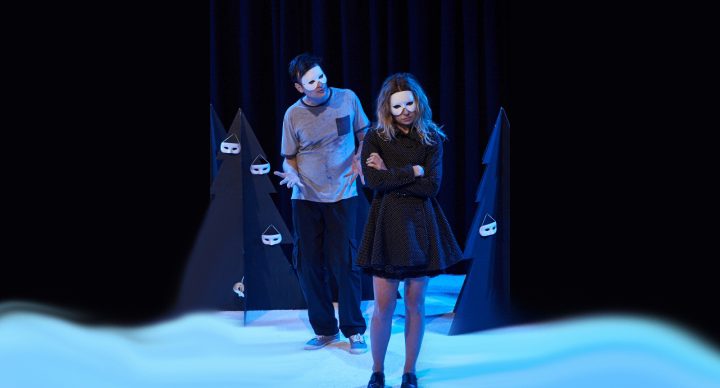 Shadowboxing explores the journey of two characters Cat and Benj who are at a party. But as the party becomes less appealing, Benj escapes to the co-existing world of Shadow, a limitless place filled with possibility and hope.

In Shadow he is free to be another version of himself.

In Shadow he has friends and freedom to be.

In Shadow he feels more at ease with himself than in reality.

Cat joins Benj in Shadow as his sympathetic friend Idgy. They become close, trust is built, secrets told, friendship is born. But only in Shadow!

But how can Benj have his Shadow friendship in the actual world too?