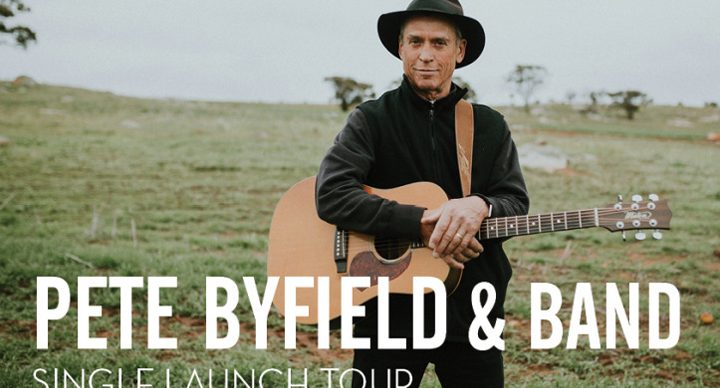 Where – Tivoli Room at the Cummins Theatre

In partnership with RAC, and with support from the Department of Culture and the Arts, Royalties For Regions and Country Arts WA, WAM’s 2016 Wheatbelt Touring Circuit reached huge audiences last week, which saw an extended tour taking in the Dowerin GWN7 Machinery Field Days Sundowner and many of the artists also playing the WAM-organised live music program at Field Days. The next tour is already upon us though, and there’s a very special WAMbassador and Wheatbelt fave leading the way.

Headlined by West Australian Country Music Awards winner and newly appointed WAMbassador Pete Byfield, his new band will also be on tour to help Pete launch his brand new single Atmissphere. Award-winning Geraldton-based artist Darcy Hay will also perform on all dates. Wheatbelt acts supporting the headliners include Tides2Music (presented by Narrogin Musicians Association), Mhindel (duo mode, with one half Wheatbelt WAMbassador Erin Pope) and a special guest to be announced for Moora Agricultural Show. Tour 3 will land in: the Quindanning Inne on Thursday 15 September; Merredin on Friday 16 at The Tivoli Room, Cummins Theatre; and finishing in Moora Saturday 17 September at The Moora Agricultural Show on the Main Oval.

RAC General Manager of Corporate Affairs Will Golsby said, “The Wheatbelt WAMbassadors will engage with the community to raise awareness about the region’s unacceptable road safety record and to help save lives and stop serious injuries on Wheatbelt roads.”